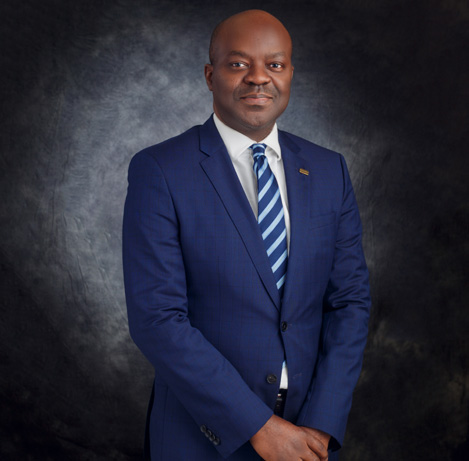 James was appointed Chief Executive Officer in July 2014. Previously, he was a Fixed Income fund manager with Crown Agents Investment Management in the United Kingdom, where he worked for over seven years.

He had primary responsibility for managing single-currency portfolios in excess of US$200million for institutional clients, including Central Banks and Pension Funds. His best long and short duration Funds outperformed the benchmarks by 473 and 28 basis points, respectively, during the period he was in charge.  Also, James co-managed multi-currency portfolios of about US$1billion and provided the in-house bond strategy for markets in the United Kingdom, Canada and Australia. In addition, he wrote weekly and monthly market commentaries on economies and financial markets in emerging and developing countries.

Having worked at different periods in Research, Business Development, Risk Management and Performance Management, and also gained exposure to Client Administration, he has practical experience in all areas of the investment decision-making process. Previously, James worked for Guaranty Trust Bank plc in Nigeria for eight years, and gained exposure to corporate banking, internal control and domestic operations.

James holds a BSc (Hons) in Accounting from the Obafemi Awolowo University, Nigeria and an MSc in Economics from the University of Lagos, Nigeria. He also has an MBA from Warwick Business School, United Kingdom. Until he left the United Kingdom to return to Nigeria, he was registered with the Financial Conduct Authority as a Fund Manager. James is a CFA Charterholder.